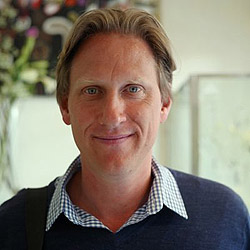 Henry is a film critic turned screenwriter with a special interest in true stories, adaptations and comedy. He wrote the $21 million historical drama Born a King (2019), which broke box office records across the Gulf and Middle East, opening number 1 and enjoying rave reviews. Based on true events and set in Arabia and the UK in 1919, the film is directed by multiple Goya-winner Agustí Villaronga and stars Ed Skrein, Hermione Corfield, Kenneth Cranham, Laurence Fox, Sam Adewunmi and Abdullah Ali. It won Best Film at the Inward Eye Film Festival in the Lake District (patron Brian Cox).

With Crispian Mills he co-wrote Slaughterhouse Rulez (2018), a comedy-horror set in a British boarding school. The debut production from Simon Pegg and Nick Frost’s Stolen Picture, it stars Asa Butterfield, Simon Pegg, Nick Frost, Michael Sheen, Finn Cole, Hermione Corfield and Margot Robbie. Produced alongside Catalyst Global Media and Sony International. Directed by Crispian Mills, it released nationwide in the UK on October 31 2018 and in the United States on May 17 2019.

Future projects include the sequel to Born A King, Sammy, the true story of inspirational Nairobi youth leader Sammy Gitau, and a romantic comedy with director Oliver Parker.

He is a Visiting Lecturer at the London Film School.

Henry Fitzherbert is appearing at the following sessions:

Zoom Room with Henry Fitzherbert, Whose Gamble on a Mid-life Career Change Paid Off

Henry Fitzherbert has over a dozen script sales and commissions. He began his career as a film critic, before switching to screenwriting, script consulting and tutoring.