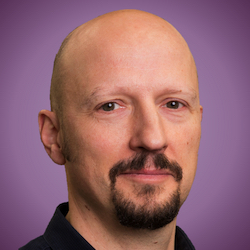 Ivan is a feature film and TV producer.  In 2018 Ivan was BAFTA and Oscar nominated, having produced the world’s first painted animation feature film, Loving Vincent, about the latter life and mysterious death of Vincent Van Gogh.  He recently co-produced Red Joan, the story of an elderly woman unexpectedly arrested for espionage, starring Judi Dench and Sophie Cookson, and is associate producer on The Last Ship, the Sting theatre musical which recently toured the USA.

Previous credits include My Week with Marilyn (with Michelle Williams and Kenneth Branagh), The Wipers Times, (starring Ben Chaplin, Michael Palin and Emilia Fox) and the BBC documentaries Glyndebourne: The Untold History and The Birth of an Opera.

Formerly Director – Film and Media Funds for senior debt financier BMS Finance, he has 20 years’ experience in film financing having worked in a variety of finance and business affairs roles for companies including BBC Films, BBC Worldwide, Baker Street Media Finance, The Works and Signpost Films.  As financier he was involved in numerous successful British films including Made in Dagenham, Moon, Bend It Like Beckham, Billy Elliot and Shallow Grave.

The Table Read and the pitching were wonderful and will always be a draw for me."