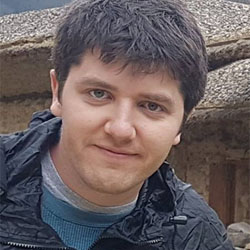 Jack’s radio comedy The Lentil Sorters was broadcast on BBC Radio 4 last year and he is currently developing a television sitcom with Hat Trick Productions.

Having been awarded the BBC Radio Comedy Writer’s Bursary, Jack has written for a wide range of shows and regularly contributed to series such as The News Quiz and Dead Ringers. Jack is also one third of sketch comedy group SAD FACES and was recently commissioned for a pilot in the Comedy Playhouse in July 2019.