Producer | The Other Producer 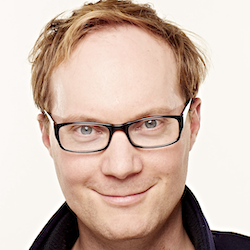 James Brown started his career in independent production and film criticism in his native Australia. He worked as a critic for the national Austereo Radio Network and as a journalist for a variety of print publications.

He directed documentary projects for Australian TV and was awarded the Panorama Jury Prize at the Berlin Film Festival in 2004 for his drama short ‘Fugue’.

After relocating to London, Brown worked in acquisitions at various independent UK distribution companies, holding Head of Acquisitions roles at companies including Tartan Films and Metrodome.

In 2011 he produced his first feature, ‘Age of Heroes’ starring Sean Bean.

In late 2013 Brown launched his own UK distribution company House. The company has released more than 26 titles since its inception including Ti West’s ‘The Sacrament’ and Jill Soloway’s ‘Afternoon Delight’.

‘Still Alice’, his second feature as a producer, was acquired by Sony Pictures Classics at the Toronto Film Festival 2014. ‘Still Alice’ won its star Julianne Moore the SAG Award, Indie Spirit, Golden Globe, BAFTA and Oscar in 2015. In 2017 James produced and directed family film ‘You Can Tutu’ which was acquired by Netflix for all English-language territories.

‘Failure to Thrive’, a short film for which James was both writer and director, premiered at the Austin Film Festival in 2018. He was selected for the Toronto Film Festival Director’s Lab the same year.

His latest feature as producer, ‘Before You Know It’ starring Judith Light, Mandy Patinkin and Alec Baldwin, premiered in Competition at Sundance 2019 and was released in the US by 1091 (previously The Orchard).