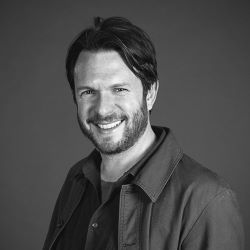 James is an award-winning producer and director of features, documentaries and shorts. He’s directed commercials for Red Bull, Hugo Boss and Netflix, music videos for Catfish and the Bottlemen, The Wombats and more. He also offers mentoring and support to young directors and producers through the Make Films network and Ravensbourne University’s SEEDS program.

Make Films was born from the critically acclaimed Film 4-backed feature documentary, Mission to Lars and produces films, commercials, music videos, branded entertainment and social content. Make Films encompasses all stages of the process from creative to production, through to post production and distribution.

They’re keen to hear about scripts that would appeal to 18-30 year old audiences, narrative-led VR shorts, and are open to anything unique and character-driven, ideally low budget productions… MORE