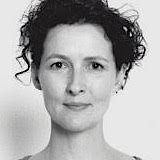 The original series she developed on the course – The Sea Comes In – was optioned by Big Talk and is currently in development.

She also has original drama series in development with Helen Gregory for Sky Atlantic, Hillbilly Films and Television, and Samuelson Productions.

Her first TV commission in 2014 was for two episodes of the BAFTA award winning children’s show The Dumping Ground. She is currently writing on Fortitude Season Two.

The small group sessions with accomplished screenwriting experts not only taught me loads, but made me feel like a worthy, welcome addition to the industry."