Head of Drama Series and a Commissioner | ITV 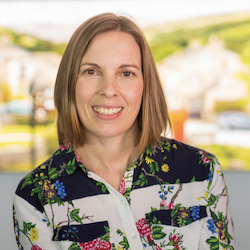 Jane’s career has crossed some of the most popular dramas of the past 20 years before returning her to ITV as Executive Producer for Emmerdale.

Born in Rotherham Jane headed to Liverpool John Moores University to study Literature.  In 1999 it was her love of drama which lead to her first role in TV as a script editor on Hollyoaks before joining  ITV in 2001 as a storyliner on Coronation Street.  After a hugely successful stint in the story office Jane headed off to become a freelance producer on dramas including Hustle, Robin Hood, Waterloo Road and Law & Order, the latter which she also wrote for.

Returning to ITV in 2013 as Drama Commissioner Jane managed shows such as Vera, Safe House, DCI Banks, The Secret and Brief Encounters, but the lure of continuing drama finally called her back to Emmerdale where she is currently Executive Producer.   Jane states the job of ‘making up stories’ is the best job in the world and to underline it one of her most memorable ‘industry’ moments was waiting to give birth on the maternity ward whilst watching a cut of ‘Hustle’ with the midwife who gave her some pointers on the ep!

Sometimes you can’t see the wood for the trees –LSF can help you chop it all up into manageable logs for the creative fire."