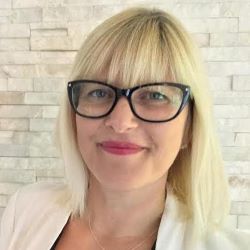 Jane Steventon is a passionate development exec and programme-maker in adult and children’s scripted drama. She has worked at Disney, CBBC, BBC Drama, Lime Pictures and Awesome Media with an agenda for offering up hidden stories and unheard voices through compelling content.

Jane has producing credits on Tracy Beaker, Casualty and Hollyoaks Later as well as on single dramas Tracy Beaker’s Movie of Me, Zig Zag Love, Kiss of Death and Susan Hill’s Ghost Story, which transmitted on Boxing Day 2019.

Jane also teaches scriptwriting and film production practices at the University of Portsmouth and has an academic research interest in the female gaze in storytelling.

Jane Steventon is appearing at the following sessions:

I got so much out of it. I’m still buzzing. I’ve already signed up for next year!"