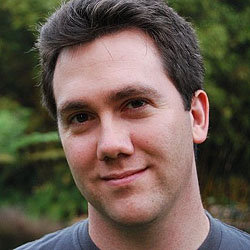 Jason Taylor is President of Production at Bad Hat Harry Productions. He recently produced the British independent thriller, UWantMe2KillHim, developing the project, securing funding and shepherding through production and post production.  He also produced H+: The Digital Series for Warner Brothers which is currently in its rollout on its own YouTube channel.

In 2011 he oversaw production on X-Men: First Class for Twentieth Century Fox as co-producer, while simultaneously prepping Jack The Giant Killer for New Line Cinema. He was the executive in charge of production on Valkyrie, television pilot Mockingbird Lane and the television series Dirty Sexy Money.  He also served as Co-Executive Producer of the documentaries The Valkyrie Legacy and Look Up In The Sky: The Amazing Story of Superman.

A California native, Jason began his career working at Jersey Films and Television with John Landgraf, Michael Shamberg, Stacey Sher, and Danny Devito. Jason is a graduate of the film production program at the University of Southern California.

It was my first LSF and it was worth every penny – so much so that when I got home last night I booked my ticket for next year!"