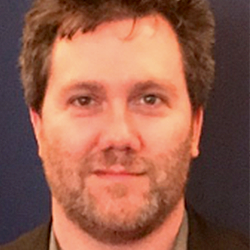 Jason Taylor is a motion picture, television, and broadway producer. He is currently producing for Futurism Studios, the new television and feature division of Futurism.com. As President of Production of Bryan Singer’s Bad Hat Harry Productions he Co-Produced several blockbusters, most notably the X:Men First Class Trilogy: “X-Men: First Class,” “X-Men:Days Of Future Past,” and “X-Men: Apocalypse.” He’s produced several independent projects, most notably, the British thriller “uwantme2killhim?” and Netflix favorite “The Taking of Deborah Logan.” Documentary projects included “Look Up In The Sky: The Amazing Story of Superman” and “The Valkyrie Legacy” which tied into the releases of “Superman Returns” and “Valkyrie” respectively. In television, he worked on “House M.D.” and produced ABC Amy Holden Jones series “Black Box” and the CBS David Shore and Vince Gilligan’s series “Battle Creek.” He is currently credited as Co-Executive Producer of the F/X series “Legion.” Jason also produced the award winning and critically acclaimed web series H+ for YouTube and Warner Brothers.
“

Professionally, the most fun and most productive three days I’ve ever spent. EVER."