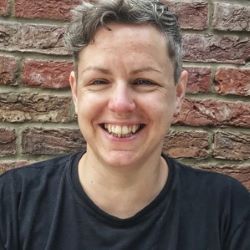 Jay Harley is a proud member of the Script Angel family and now works as a Screenwriting Coach. They have formerly worked in TV, radio and film within the genres of factual, drama and comedy and have been a script editor for ten years. They are also proudly trans and queer and love talking about diversity and representation, especially on Twitter: @MxJayHarley

Jay Harley is appearing at the following sessions:

Every year I go to LSWF and it gets better and better, and I come back to my writing desk excited and inspired by the learnings."