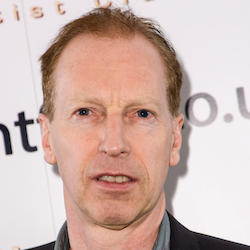 I made so many new connections with wonderful people at the Festival, which I know will lead to great collaborations in the future."