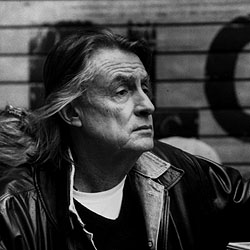 Joel Schumacher is renowned for his versatility, style and ability to move seamlessly between film genres with equal popular success and critical acclaim. He began his film career as a costume designer for such legendary directors as Woody Allen (Sleeper, Interiors) and Herbert Ross (The Last of Sheila), before making his own name as a screenwriter with Sparkle and Car Wash.

After cutting his teeth directing two television movies, Joel made his feature film directorial debut on The Incredible Shrinking Woman in 1981. His career soon took off with such iconic fare as St. Elmo’s Fire and The Lost Boys, followed by other successes – Cousins, Flatliners, Dying Young and Falling Down. He would go on to direct film versions of two best selling novels by John Grisham (The Client and A Time to Kill) as well as two installments of the blockbuster Batman film series, Batman Forever (at the time, the #1 box office opening of all time, with Jim Carrey as ‘The Riddler’) and Batman & Robin.

As his career entered the 21st century, Joel brought audiences the films 8MM, Flawless (which he also wrote), Tigerland, Phone Booth, Bad Company, Veronica Guerin, The Number 23 and Trespass. In 2004 he adapted Andrew Lloyd Webber’s hit musical, The Phantom of the Opera, for the screen. The film was nominated for three Academy Awards and a Golden Globe for Best Musical or Comedy. Twelve, based on the groundbreaking novel by Nick McDonell, was honored as the closing night presentation of the 2010 Sundance Film Festival.