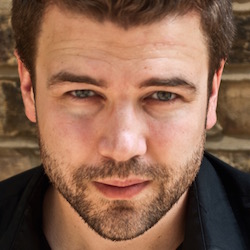 Jon’s produced credits include the production drafts of ‘Paddington’, ‘Paddington 2’ and ‘American Animals’, ‘The Woman In Black: Angel Of Death’, ‘Desert Dancer’, ‘Fast Girls’ and ‘In Fear’.

Due for release this winter are ‘No One Gets Out Alive’, a horror feature for Netflix and Imaginarium, and an animated adaptation of the bestselling book, ‘The Boy, The Mole, The Fox And The Horse’ for Bad Robot. Feature animation ‘High in the Clouds’, based on the book and with original songs by Paul McCartney, is currently in production for Gaumont and Netflix.

Jon began his career on the Harry Potter movies, working with directors Alfonso Cuaron and Mike Newell, and even managed to write his own spell. He then moved into script editing and worked with a wide range of filmmakers including Jane Campion, Pawel Pawlikowski and Joe Cornish, and on films such as ‘Berberian Sound Studio’ and ‘The Iron Lady’.

I pitched in the Hollywood PitchFest and three of my scripts have been requested!"