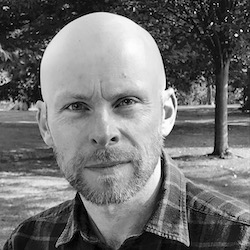 Jon is a screenwriter and script consultant with a passion for arthouse and psychological thrillers. His work has ranged from collaborations with major US directors such as Joel Schumacher and Jaume Collet-Serra to co-writing award-winning European children’s caper movie The Zigzag Kid, starring Isabella Rossellini, which premiered at the Toronto Film Festival in 2012. For TV, Jon has developed projects with companies including Big Talk and recently wrote an episode of a brand-new four-part series called Teacher for Channel 5, currently in production with Sheridan Smith for broadcast later this year. In features, he has a number of projects in development, including The London Odyssey of Vasile Belea with the BFI and Beast producer Kristian Brodie. As a consultant, Jon has read for Universal Pictures and the Works among many others, and works extensively with new writers to help develop their projects. He has taught at the London Film School and is a senior tutor at the Met Film School.