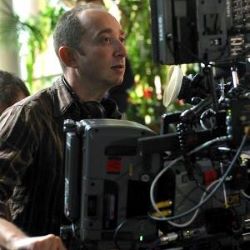 In the space of just two years, Jonathan Newman has achieved the impressive feat of adapting two of his award-winning short films into features, which he not only wrote, but directed too. And most recently he directed the $25m movie The Adventurer: Curse of the Midas Box, starring Michael Sheen, Sam Neill, and Lena Headey.

In addition, Jonathan shot the feature film Foster, a magical and heartwarming family film starring Emmy Award-winning actress Toni Collette (The Sixth Sense), Ioan Gruffudd (Fantastic Four), Richard E Grant (Withnail and I) and Oscar winner Hayley Mills (Pollyanna, The Parent Trap). The film was also based on his award-winning short film, which screened on both HBO and BBC and earned Newman a BBC New Filmmaker nomination. Both films were produced by Deepak Nayar (Bend It Like Beckham, Buena Vista Social Club).

Jonathan is also a festival veteran, contributing to as well as moderating many of our sessions.

If you’re serious about getting your writing produced, you should come to the LSF."