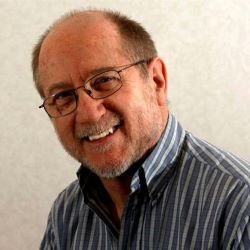 Julian Friedmann represents both book and script writers across a broad range of subjects and formats. He started as an editor for two academic publishers in the early 1970s before setting up his own publishing company. He set up a literary agency in 1976, later merging with Carole Blake to establish Blake Friedmann.

He has lectured all over the world on the business of scriptwriting and has published a book called How To Make Money Scriptwriting. He edited two volumes called Writing Long-running Television Series and created Europe’s leading scriptwriting magazine, ScriptWriter, which became TwelvePoint.com. He is also co-author of The Insider’s Guide to Writing for Television.

He helped design PILOTS (an EU Media initiative to develop long-running television series) and the MA in Television Scriptwriting at De Montfort University. In addition to agenting he also acts as an executive producer.

Julian was born in South Africa in 1944 and came to live in London in 1961. He has degrees from the University of York (Philosophy/Politics BAs) and an MA from the School of Oriental & African Studies. He was thrown out of LSE while doing a PhD because he didn’t tell them he also had a full-time job in publishing.

Julian has also acted as Exec Producer and together with writers Andy Briggs and Tom Kinninmont has a development and production company The Shingle Media. They have a slate of ten projects, both film and TV.

He is also grandfather to ten very busy little people.

Julian Friedmann is appearing at the following sessions:

Before bringing an expensive lawyer into the fray, watch out for the tricks most often used to trip writers up. Super-Agent Julian Friedmann is here to give you the map to the minefield so you know where to step.

Meet the Agent… Getting an Agent

Meet the Agent… Options and more

How to deal with a £1 option, a shopping agreement or a request to write a spec script.

Meet the Agent… Think Outside The Box

Why screenwriters should consider turning a great unsold script into a novel and self-publish if it can’t be sold.