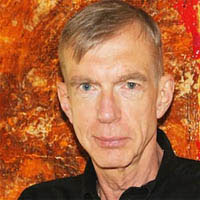 Jurgen Wolff has written more than 100 episodes of TV, including Relic Hunter, Benson and Family Ties as well as his original animated series, Norman Normal.  His film The Real Howard Spitz starred Kelsey Grammer and Amanda Donohoe and was directed by Vadim Jean.

Jurgen divides his time between London and Southern California and runs ScreenWritingSuccess, his own screenwriting website, where you can sign up for his free newsletter.