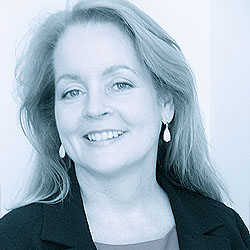 From the moment 11-year-old KT rewrote William Shakespeare’s A Midsummer Night’s Dream in “proper English”, it was clear she would one day be a writer. She is fascinated by stories based on the lives of real people, true events and social turning points, as well as literary adaptations with a twist. One of her aims is to give a voice to women and other maginalised groups.

KT won the horror film category of the final edition of the Just Effing Entertain Me competition with Dowl’s Mill Dead (2014), the period/historical feature-film category of top US screenwriting competition Final Draft “Big Break” with A Face To Paint (2015), Roadmap Writers Wise Words (2017) with Distant Voices, and has won or placed in several other screenwriting contests.

The Chamber Of Beheaded Queens, her first play, was one of eight plays selected in competition to be staged at Liverpool’s Page To Stage Festival in 2016 and enjoyed a second run in Manchester at the Fringe Festival. In between these tours, KT turned her hand to producing, working with the Combat Veteran Players Company on their production of Shakespeare’s soldier-king Richard III, performed at the Royal Shakespeare Company’s Swan Theatre in Sratford-upon-Avon and at Leicester Square Theatre in the heart of London’s West End.

She has also worked in production on films, notably as an associate producer on David Nicholas Wilkinson’s feature-length documentary, Postcards from the 48%, and co-wrote a YA TV movie with filmmaker Dan Tonkin, Jenna the Great, currently available on Amazon Prime.

KT is repped by Julian Friedmann of Blake Friedmann.

KT Parker is appearing at the following sessions:

Characters On The Couch: Psychoanalysis Of Your Characters with Jessica Ruston

LSF Replay - A Writer’s Life: Rolling with the Punches with Lucinda Coxon

Writing For Soaps with Joe Ainsworth