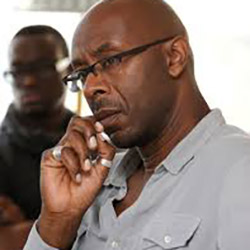 Kolton is currently the Programme Leader for the BA Screenwriting (Hons) course at the Central Film School in London. Prior to this he has taught at a variety of institutions over the years, at undergraduate and postgraduate level, including London Metropolitan University, the London Film School and The New York Film Academy (in New York). He also ran a private screenwriting course at the famous Groucho Club in central London’s Soho for some six years.

Kolton has been a teacher in the fields of writing and directing for film and television for the past 15 years. Away from the world of academia Kolton studied at the National Film and Television School before making his mark writing scripts for the top-rating soap opera Eastenders, and the drama series Byker Grove and Brothers & Sisters.

He is now an award winning filmmaker and novelist. He has made two feature films: he was the Writer and Director behind the romantic comedy Cherps (2007) and the Director behind the street smart Freestyle (2010); his first novel, The Last Card, was published in 2007.