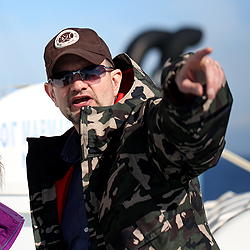 Lance is an award winning Writer, Director and an occasional Actor. He studied at Epsom School of Art and design in Surrey and performed in the West End in Bugsy Malone in his youth. He worked on two low budget feature films and was an active member of the New Producers Alliance in the 1990s.

Since 1997 he has directed 12 Theatrical Productions in London and been a member of both Anna Scheer and Timber Theatre drama workshops. His first play Waiting For Hillsborough, won him critical acclaim and the best talent in new writing with the Liverpool Art and Entertainment awards. He received Time Out’s critic’s choice for his play about The Victoria Climbie and Marchioness Inquiries and a Peter Brook empty space award for the black comedy Making Time. Other work includes Sticks And Stones a sweeping play set over three decades of the conflict in Northern Ireland which ran twice, the musical East End of Chicago and Hi I’m Vince about HIV, 12 Angry Women, an all ethnic female modernisation jury room drama inspired by the play 12 Angry Men and Fragile, a play dealing with sexual abuse in Nigerian families.

He has written several other feature films, three of which are under development and also ghost writes biographies for celebrities. He regularly runs creative writing workshops and gives talks at the London Screen Writers Festival and has also worked on numerous shorts. He wrote and directed the trailer for the feature film Jericho’s Walls Are Falling starring acclaimed actor Jason Flemyng and Gideon Turner.

Currently he in post-production on the feature film The Journey with Jason Flemyng, Duncan Pow, and Lindsey Coulson and is working on a documentary about the life of the photographer of Harvey Milk, Danny Nicoletta and a second one about Cameron Bay. His production company is Eagles Dare films which he runs with Alex Tabrizi. Their company is also making a documentary about the recent ‘Banksy’ artwork in Cheltenham. Lance is currently writing Pegasus Bridge which is set during D-Day 1944 and just finished We Are Home about the Zambian football disaster.