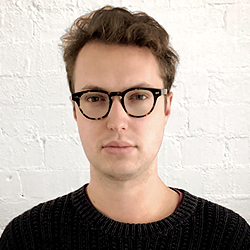 Bonafide is a drama production company founded by Margery Bone together with Elwen Rowlands and Hayley Manning. We pride ourselves on working with some of the UK’s foremost writers and directors as well as nurturing emerging talent, and maintaining our Nations and Regions ties.

After graduating from the University of Edinburgh in 2011, Lawrence was accepted to the National Film and Television School on the Production Management course. On completing the course, Lawrence worked in Production Offices for films such as Maleficent, Mortdecai and The Danish Girl, alongside producing a number of music videos and award-winning shorts.

Before joining Bonafide in 2017, Lawrence was at Working Title Films for several years as the Production Co-ordinator, working on a range of projects including Bridget Jones’s Baby, Darkest Hour and The Snowman.