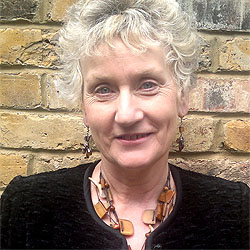 One of the busiest gurus and script consultants on the international circuit, Linda Aronson is only one to explain how to construct films like Pulp Fiction, Memento, 21 Grams, Run Lola Run and Nashville, which use nonlinearity and multiple protagonists and don’t fit the conventional Hollywood one-hero, chronological three act structure.

She is also a multi-award-winning writer in her own right, with awards as a scriptwriter, playwright and novelist and more than thirty years as a writer for companies from Australia, UK, New Zealand and USA (credits for TV drama series, serials, mini-series, children’s TV, drama documentary, feature film, stage plays, four novels, short stories, radio drama, journalism and four books on writing craft)  She has also been employed to create TV drama series and storylines and judged many competitions, including the Emmys, and increasing works in cross-media. Additionally, Linda is increasingly being asked to advise games creators in how to use nonlinear and multiple storyline structures to enhance replayability.

Her screenwriting books The 21st Century Screenplay and Screenwriting Updated are required reading at many film schools internationally, including NYU and Berkeley

Linda Aronson is appearing at the following sessions:

Once again joining us from Australia, Linda Aronson is on Zoom to answer your questions.