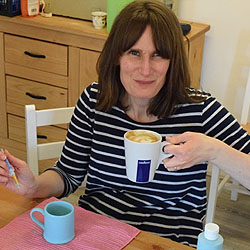 Loretta has worked as a Producer, Story Producer, and Script Editor across many continuing drama series shows such as Belonging, Doctors, Casualty and The Coroner.

Storylining has been Loretta’s main focus in recent years and she has been personally responsible for storylining over 2000 episodes of mainstream British television.