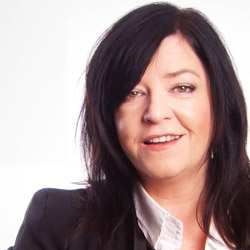 Lynne Ramsay is a Glaswegian Director, Screenwriter, Producer, and Cinematographer, whose films are often low on dialogue and explicit story exposition, focussing instead on imagery, sound and music to convey world and character.

Her work is elemental, authentic, courageous and deeply human.

After much lauded short films Small Deaths and Gasman she wrote and directed her first feature film Ratcatcher, followed by Morvern Callar. More recently We Need to Talk About Kevin premiered to much acclaim at the Cannes Film Festival, while 2017’s You Were Never Really Here won her the Cannes Best Screenplay award.

I came away from the Script Surgery with clear suggestions on how to improve my screenplay, plus practical tools to help me implement those ideas."