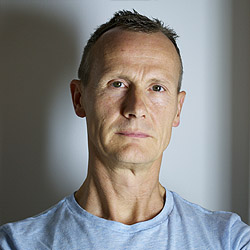 Marc Munden was an assistant to Mike Leigh, Derek Jarman and Terence Davies before making documentaries for television under the auspices of Paul Watson at the BBC.

His TV dramas include C4’s The Secret World of Michael Fry and Touching Evil written by Paul Abbott, Andrew Davies’ BBC adaptation of Vanity Fair, the dark innovative detective serial Conviction (Best European Drama Series at Monte Carlo), The Mark of Cain set during the occupation of Iraq (winner of the Amnesty International prize at Rotterdam Film Festival), The Devil’s Whore written by Peter Flannery and an adaptation of the celebrated post-modern novel by Michel Faber, The Crimson Petal and the White. Most recently he made two series of the conspiracy thriller Utopia.

In 2013 he was listed by Broadcast magazine as the No.1 director working in television in their annual Hot 100 edition.