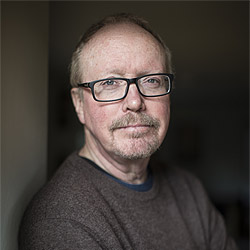 Matt Costello’s work — across all media — has meshed story, gameplay and technology.

He has written and designed dozens of award-winning and best-selling games including The 7th Guest, G-Force, Just Cause (with Neil Richards) and Pirates of the Caribbean. Time Magazine said of Doom 3, which he scripted, “The story is delivered with unusual art.” Rage, which Matt also wrote, won the most Game Critics Awards at E3, including ‘Best Console Game’. He continues to write and help create ground-breaking games world-wide, most recently Planet of the Apes: Last Frontier.

His novels, spanning horror, suspense and mystery, have been published all around the world. His classic horror novel Beneath Still Waters was filmed by Lionsgate. His post-apocalyptic novel, Vacation, was a major release from St. Martin’s Press and is being developed as a film. St. Martin’s/Macmillan also released the sequel, Home as well as his SF epic novel, Star Road.

The hit mystery series, Cherringham, co-authored with Neil Richards, has sold over 600,000 copies and, with Neil Dudgeon (Midsomer Murders) reading, has become a hit audiobook, with 750,000 sales. Cherringham has been optioned for film/tv. Neil and Matt’s new series, set in 1929 – Mydworth Mysteries – has also become a best-seller.

Matt has also written episodes and created TV formats for PBS, Disney, SyFy, and the BBC. He consults on story, games and multiplatform projects around the world.