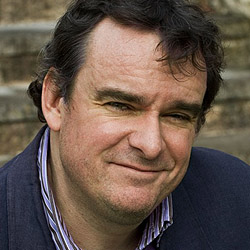 Matthew began his writing life on Eastenders and Byker Grove, contributing 30 episodes of each. He has written on shows such as Hustle, Spooks and Doctor Who.

He is best known for co-creating and show running Life On Mars (which won 2 International Emmys) and its sequel Ashes To Ashes.

More recently he has been working with George Lucas creating a live-action TV series of Star Wars. He is currently writing a feature film, Paratime for 20th Century Fox.