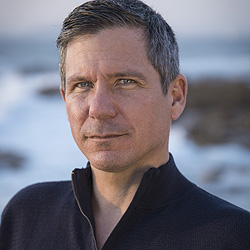 Matthew Kalil is a writer, director and script editor. He has written and co-written over 40 produced TV shows and has received grants, development funding and awards for his work. As a director Matthew’s works have been screened and broadcast in Canada, Denmark, Morocco, New Zealand, Puerto Rico, Kenya, South Africa, Thailand, the United States and the United Kingdom.

Since receiving his MA in Screenwriting, he has been teaching, writing and mentoring students for close to 20 years.

Matthew has developed a unique system of screenwriting theory that helps beginners as well as established screenwriters get in touch with their creative cores. His workshops have touched and inspired hundreds of participants. His gentle and insightful script editing skills have helped many writers find the story they were always trying to tell.