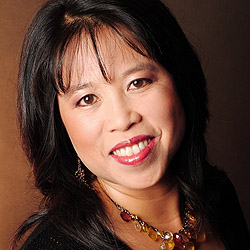 May Gibson is a Producer and Script Development Exec who has worked on the development and production of many television drama, comedy and children’s programmes for the UK and the US.

As a Development Exec, she was Head of Development at LocomoTV, where she worked alongside legendary comedy writers Laurence Marks and Maurice Gran on a slate of comedy and drama projects.  Previously, she was also UK Drama Development Exec at Pearson/Talkback Thames.

Some of her production credits include The Musketeers, Waking the Dead and Silent Witness for the BBC; We Hunt Together for UKTV/Showtime; A.D. for NBC; and Wolfblood for CBBC.  May also co-created and produced 30 episodes of the CBBC comedy-drama series, Living It. In addition to her television work, May works regularly on feature film projects as a script consultant including the BAFTA-nominated indie film, Kajaki.  She is currently developing a comedy/horror feature with the film’s director Paul Katis, as well as a couple of Children’s series for Wall to Wall and Zodiak Kids.

May also works with new writers as a mentor and script editor on various screenwriting schemes.  Something that she enjoys immensely.

May Gibson is appearing at the following sessions:

From Spec To Screen: Script Development In The World Of TV with May Gibson and Dan Berlinka

How to best navigate the waters of those who would change your beloved series? Especially when some of them control your fate?