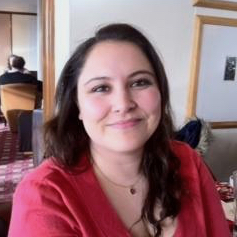 Meghan Cruz is a development executive at Vertigo Films working across TV and film. Originally from Los Angeles, but living in London for over a decade, Meghan has worked in a variety of roles across the industry. As a consultant at international agency MediaXchange, she developed and script-edited drama projects for European producers and broadcasters. She went on to produce at the BBC, first in the BBC Academy, then producing podcasts for BBC Writersroom. She joined the BBC Films team working across production of 17 films and a development slate of 80+ projects, before moving fully into development at Tiger Aspect Productions working across the television drama and film slates, and later Baby Cow Productions to develop across the comedy-drama genre, editorially leading projects on both slates.

In 2020, Meghan joined the development team at Vertigo Films, working across the existing slate whilst also sourcing material and looking for original ideas and authentic voices that sit within the Vertigo tone.

At Vertigo, we’re always looking for an original voice with an irreverent and cheeky tone, which can come in any genre or format. We look at features and television and tend to lean into originality above all else – if it’s been done before, we aren’t interested. We love genre pieces and hi-concept ideas but it’s the cheeky tone that stands out above all else.

The opportunity to learn and connect is a huge draw, and this kind of collaboration is vital to the work."