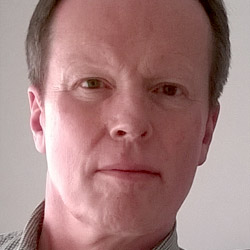 In the 1980s, Merlin got his first break as a screenwriter when a script was optioned by stalk and slice filmmaker Peter Walker.  The option led to a commission to adapt a novel by James Hadley Chase.  It was the beginning of a long road of options and commissions that never resulted in a film getting made.  Even Working Title, who commissioned Merlin to adapt two novels by Dame Barbara Cartland, failed to realise Merlin’s dream of getting into production.

James B. Harris, a veteran Hollywood producer who helped Stanley Kubrick begin his motion picture career, commissioned Merlin to write a script about police corruption but despite the pedigree of the people involved it has yet to be made.  However, Merlin’s luck changed when he met Michael Cowan of Spice Factory who helped Merlin finance his feature script, Out of Bounds, which Merlin went on to direct.  The film sold well around the world and on TV including a very good deal to ZDF, the national German broadcaster, and also to the BBC where it has screened three times on BBC One.

Subsequently, Merlin worked on the horror Within and was in the process of financing a supernatural thriller called The Widow when his principal backer made him an offer for the screen rights.  Merlin accepted the deal but kept the stage rights and, this summer, saw the play of The Widow open at the 900-seat Devonshire Park Theatre in Eastbourne before transferring to the Fairfield Halls, Croydon.  “The market for low budget British movies has all but vanished for a number of reasons.  Although TV is buoyant, it is almost impossible for an unrepresented writer to get a look in.  Theatre, is the one area where producers are genuinely interested in hearing from new voices – whatever the writer’s age”