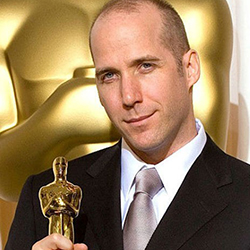 Michael Arndt was a Nicholl semifinalist in 1991 and 2001 before winning the Best Screenplay Oscar for Little Miss Sunshine. He wrote Toy Story 3, perhaps the most beloved animated film in a generation, and he’s also had major successes in the sci-fi realm with the scripts for The Hunger Games: Catching Fire and Oblivion.

Michael Arndt is appearing at the following sessions:

A master at character, structure, and theme in equal measure, Michael Arndt has worked for studios, on spec, and everything in between on his way to being the first writer ever nominated for BOTH screenwriting Oscars in his first two produced features.

A Walk In The Woods