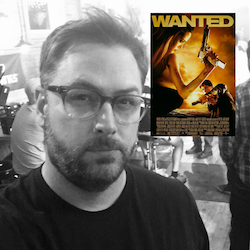 Michael Brandt is the co-creator of “Chicago Fire” along with its subsequent spinoffs “Chicago PD, Chicago Med, and Chicago Justice.” Brandt directed multiple episodes as well. Brandt wrote the features “3:10 to Yuma,” “Wanted,” “2 Fast 2 Furious,” “Catch That Kid” and “The Double,” which Brandt directed.

His films have grossed over a half-billion dollars worldwide at the box office.

Brandt grew up in Kansas City and attended Baylor University for both his undergraduate and graduate work, and he earned an M.A. in film.  He was named Baylor’s Alumni of the Year in 2014 not only for his work, but also his continued support of students and faculty there. He currently has multiple projects in production and development, including the Mark Wahlberg feature “Arthur the King,” which is currently in production in the Dominican Republic, and shows in development at Amazon and ABC Studios.