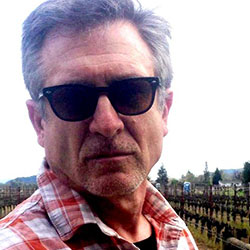 Michael Grais has written and produced movies of domestic and international acclaim, whose gross revenues have exceeded five hundred million dollars. He began his career writing for episodic television, on staff at the Emmy award winning series Baretta and then launched into features,. His first produced screenplay, DEATH HUNT, starred Charles Bronson, Angie Dickensin, Lee Marvin & Carl Weathers. It was produced by Al Ruddy who won the Academy Award for The Godfather.

Michael has written everything from romantic comedies to action thrillers for seven Academy Award winning producers/directors. From his association with Steven Spielberg, Grais co-wrote the mega-hit POLTERGEIST. This hugely successful film guaranteed a sequel, POLTERGEIST II, which Grais wrote and produced. (In 2015 his screenplay for Poltergeist was remade into a hit for MGM). He then wrote and executive produced a limited series VISITORS FROM THE UNKNOWN for CBS and executive produced the film GREAT BALLS OF FIRE, starring Dennis Quaid, Alec Baldwin and Winona Ryder. He then wrote, produced, and financed the hugely successful MARKED FOR DEATH for 20th Century Fox. Next, he produced another box office hit, Stephen King’s SLEEPWALKERS for Columbia Pictures, and co-wrote COOL WORLD starring Brad Pitt, Kim Basinger, and Gabriel Byrne for Paramount Pictures.

In Television he executive produced WHO KILLED ATLANTA’S CHILDREN, the highest rated movie of that year for Showtime — wrote and produced a limited series for CBS titled Visitors From The Unknown. He was also show runner in episodic television on the syndicated series, THE IMMORTAL, a supernatural one-hour action skein that shot in British Columbia and Prague. His young adult novel, Christa’s Luck has garnered praise from critics and fans alike. Interested in Irish history and mythology, Grais has now penned the television series Liath Lauchra (The Grey One) ready to be produced in 2021. Author Brian O’Sullivan’s Young female Celtic warrior novel provided Michael the opportunity to realize a long time dream to adapt the novel into a series and write in this genre.