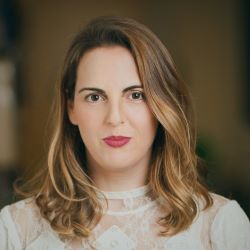 Michal Aviram is an Israeli screenwriter. She wrote on three seasons of the acclaimed series Fauda and is currently working on the fourth, as well as on The Baker and the Beauty, a hit Israeli series reproduced for ABC.

Michal created the series Project Orpheus, which was subsequently reproduced in the Netherlands and broadcast in the US.

She teaches screenwriting at university and online, and in 2017 won Israel’s Best Screenwriter award.

I'm only on my second LSF and already it is THE thing I look forward to every year!"