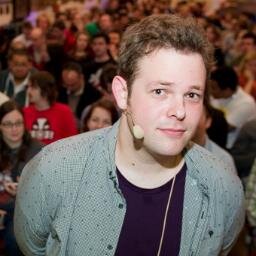 Mike Bithell is the writer, designer and coder of Thomas Was Alone, an indie game that started as a hobby project, and went on to sell a million copies.

He now heads up his own studio, working with a team of 20 to bring Volume, a modern day update of the Robin Hood legend, to next gen consoles and PC next year.