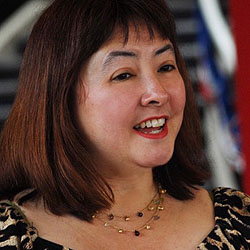 Ming began her career as Script Executive at independent Zenith Productions, where she worked across a slate of film and TV drama and script edited series such as Hamish Macbeth for BBC and Bodyguards for ITV.  For BBC/Ecosse Films she co-created the series McCready and Daughter, starring Lorcan Cranitch and Patsy Palmer, and later wrote for Eastenders, Casualty, Heartbeat and The Bill.

I was able to progress the sale of my screenplay, get some legal advice and network with many fantastic writers."