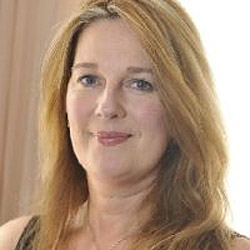 Natalie Brenner has over 30 years of experience in the film industry starting her career in film sales with J&M Entertainment before going on to work with IAC, Film Four, Element X and Ealing Studios.

Five years ago she became a founder partner of the London-based, boutique film sales company Metro International Entertainment where she heads up International Sales. Through a combination of pre-sales and financing partners, Metro International works closely with producers to develop, finance, package and distribute their films.