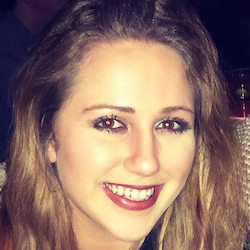 Producer Natalie Gothelf started her career over a decade ago interning at Sony Pictures Entertainment in Manhattan and Mad Chance in Los Angeles where she worked in development reading scripts and providing coverage for Producer Andrew Lazar. ​
Since then, Natalie has worked as the Marketing Coordinator at 20th Century Fox, Development Executive at Marlowe Pictures, and Business Affairs Associate at First Generation Films as well as various production and producers assistant roles on feature films including Mortdecai, Queen of the Desert, Patient Zero, Assassins Creed and Jurassic World: Fallen Kingdom.
In 2019 Natalie joined forces with British Producer Rachel Gold to head up the UK arm of Retriever (fka Tangent Mind), a multi-faceted global production company specialising in commercials, branded content and documentaries where she continues to oversee UK and European production. Together, Natalie and Rachel have also produced a number of short films including BBC funded Through A Screen Darkly and Black Fish.
Natalie launched film and television production company NKD Films off the back of her first feature film Struck to develop a slate of projects that challenge audience perspectives through storytelling.
Natalie is looking for projects that seek to ask questions, diversify thought and encourage audiences out of the echo chamber and into the forum of debate. Character driven dramas with a budget of under £1m preferred.

I’ve felt like royalty being part of Talent Campus and gained amazing friends along the way."