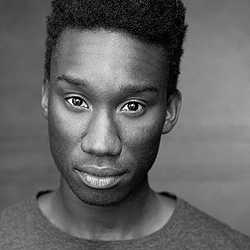 Nathan made his professional stage debut with a number of roles in Brixton Stories at the Lyric, Hammersmith, and has also appeared on stage in The History Boys at the National Theatre.

In 2012, he appeared in the revival of Pitchfork Disney. In 2009, he joined the cast of Misfits as Curtis Donovan. In 2012 he was the last remaining original Misfits cast member on the show, until he was written out during the fourth series.  He stars in the conspiracy thriller series Utopia playing lead character Ian Johnson.

Just wanted to say a massive personal thank you to you and all your team for all your endless effort, energy and generosity."