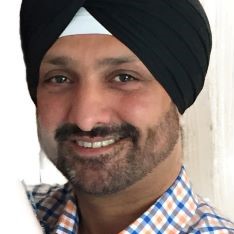 Having recently completed his MA in film studies and participated in Talent Campus 7.0, Nav is developing his first feature, Ask the Defeated, which focuses on the troubled issues of the secrecy of alcoholism in the British Punjabi community.

A dentist by day and screenwriter by night, father-of-four Nav grabs and cherishes what time he can to work on his projects.