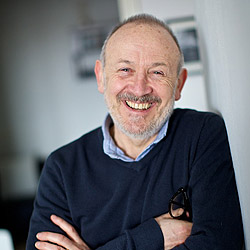 Neil is a writer in TV, film, games, interactive and fiction.  He first worked in the UK film industry as a story editor and development executive, eventually becoming a producer in TV drama. He started writing TV scripts in the 90’s and also worked on his first game – Starship Titanic – with Douglas Adams. Since then he has created story and script for over 30 games: titles such as Just Cause, The da Vinci Code, the Broken Sword series, Planet of the Apes, brands such as Pokemon and Sonic. He also writes animation for kids – Boj, Messy, Thomas, Alphablocks. His scripts have earned him numerous BAFTA, Writers Guild and IGDA nominations over the years.

In 2014 he created the Cherringham mystery series with Matt Costello. The best-selling series has to date sold over 600,000 copies and, with Neil Dudgeon (Midsomer Murders) reading, has become a hit audiobook, with 750,000 sales. Cherringham has been optioned for film/TV. Neil and Matt’s new series, set in 1929 – Mydworth Mysteries – has also become a best-seller.