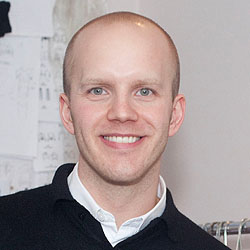 Nick is looking to take on writers who have a strong original voice, with a focus on television drama and comedy drama, as well as film and theatre.

Nick Barron is an agent at The Writers’ Company, a boutique agency representing a select list of television, film, radio and theatre writers and producers. He has been with the company since 2008, prior to which he worked at one of London’s leading literary agencies, The Agency. Nick’s clients have worked on top TV dramas such as Accused and Shameless and on soaps and long-running series’ including Eastenders, Coronation Street and Holby City, as well as developing their own original projects with a range of producers and broadcasters.

If I hadn't come to the Festival I wouldn't have improved as a writer or got an agent – and now I have a meeting at Hollyoaks about writing the show!"