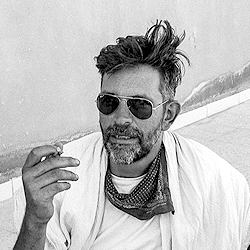 Nikolai is a producer based in the UK. He began in special effects on films such as Candyman and Hellraiser III, before moving into directing commercials. He has worked in all areas of the filmmaking process, from script development to post-production and uses this knowledge to nurture projects from inception to completion as a creative producer. He produced a short film Iris, which went on to win 15 awards internationally and be selected in over 100 festivals… MORE