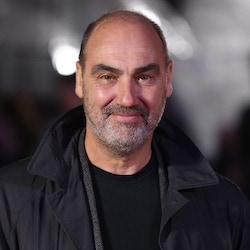 Before becoming a film director and screenwriter, OLIVER PARKER worked extensively as an actor and theatre director.

His first feature came in 1995 with own adaptation Othello starring Laurence Fishburne and Kenneth Branagh. This was followed by his adaptations of Oscar Wilde’s An Ideal Husband, starring Cate Blanchett, Minnie Driver, Rupert Everett, Julianne Moore and Jeremy Northam, (the film was nominated for two Golden Globes and three BAFTAs) and The Importance of Being Earnest starring Reese Witherspoon, Judi Dench,Rupert Everett and Colin Firth.

In 2006 he directed his screenplay Fade to Black starring Danny Huston and Christopher Walken, and in 2007 he directed I Really Hate My Job starring Neve Campbell, Shirley Henderson and Anna Maxwell Martin.  With Barnaby Thompson he co-produced and co-directed the 2 St Trinians films starring Rupert Everett, either side of directing Dorian Gray starring Colin Firth, Ben Barnes and Rebecca Hall.