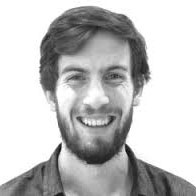 Paul is a script editor for leading drama company Mammoth Screen. His credits as script editor include Ordeal By Innocence (BBC), NW (BBC), Endeavour (ITV), Next of Kin (ITV) and the upcoming The War Of The Worlds (BBC) and The A.B.C. Murders (BBC). When not in production he works on a variety of projects across Mammoth’s development slate.