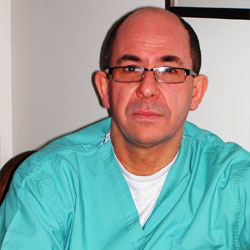 After training  as Registered Mental Nurse in Cornwall and a Registered  General  Nurse in Bristol, Pete worked in many acute clinical areas but  chose Emergency care as a clinical career, finally working as the Clinical Nurse Manager in the inner city Major Trauma Centre of the Bristol Royal Infirmary (BRI).

One of Pete’s areas of responsibility at the BRI was planning and  management of any Major Incidents and Mass Casualty Incidents in the district working closely with colleagues in the Police, Fire & Ambulance services.

During this time Pete was also seconded to the Department Health in Romania working with the Salvamont (mine & mountain) rescue services and Emergency Departments throughout Transylvania.

Moving into Television, Pete has worked as an advisor on the BBC drama series Casualty from the outset. He was asked to become involved at the time the show was being originally commissioned as the Nursing advisor. Pete is the inspiration behind one of the series best loved and most prominent characters ‘Charlie’ and he has worked on every series of the show’s 28 year run.

Pete is currently the Series Medical Advisor having taken up this role when the show moved it’s base to Cardiff two years ago. This has resulted in a significant expansion of the role working closely with writers, production teams & film crews from the initial script synopsis stage to final recording and transmission.