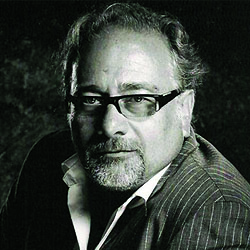 Phil is the co-creator (with Russell T Davies) of BBC kids adventure show Wizards Vs Aliens which he now co-produces after four seasons as co-producer and lead writer on Doctor Who spin-off series The Sarah Jane Adventures.

He wrote 19 episodes for the show in total and was twice nominated for it as Best Writer in the Children’s BAFTA Awards.

He also shares a Hugo Award with Russell T Davies for their collaboration on the 2009 Doctor Who special, The Waters Of Mars (which was also Phil’s 150th TV commission). He wrote Doctor Who animated adventure Dreamland and has written four (and story-developed another) of the show’s hugely successful online interactive adventure episodes.

He has also written for the BBC’s other high-profile sci-fi series, Torchwood (and wrote an original Torchwood novel for BBC Books and a Torchwood radio play for BBC Radio 4). He wrote the online Torchwood game that accompanied the second series.

His series Lightspeed and Kingdom are currently attached to Target Entertainment in the US. A further two series are under option to Mammoth Screen and he is working on a major four-hour book adaptation for Festival Film and Television.