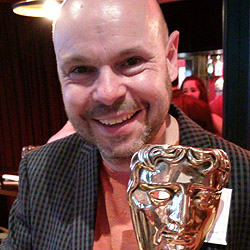 Philip had always wanted to write for TV but LSF 2014 gave him the courage to go for it. He went on to scoop the C21 Drama Script Prize with his black comedy drama Euthanasia in Suburbia and currently writes for EastEnders and Casualty. He was the original optimist behind the Monday Mini Wins thread on Facebook’s Bang2Write forum.